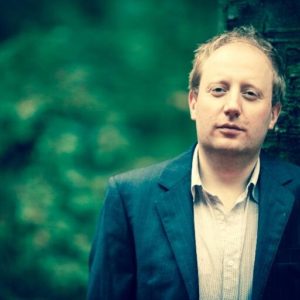 Thomas Leech (Musical Director, BFCS) enjoys a reputation as an outstanding and inspirational choral director and organist. Educated at Cambridge University, where he held the Organ Scholarship at Downing College, he is the Director of the Diocese of Leeds’ internationally acclaimed Schools Singing Programme, leading one of the most innovative and successful choral programmes in the country, involving over 50 state schools and around 4500 children weekly, with its choirs broadcasting regularly on BBC radio and television, enjoying international competition and concert success and most recently being awarded a prestigious Royal Philharmonic Society award.  As part of this programme he directs Bradford Catholic Girls’ Choir and Leeds Cathedral Girls’ Choir and leads weekly singing sessions in four primary schools across the Diocese.

Tom combines this with his role as Musical Director of Bradford Festival Choral Society and frequent appearances as a guest conductor and workshop leader, with projects as diverse as Paco Peña’s flamenco Requiem por la Tierra, Britten War Requiem, Elgar Dream of Gerontius, Mahler Symphony 2, Symphony 8, Verdi Requiem, the choral soundtrack for the film London Fields, Leeds College of Music Chamber Choir and Gabrieli Consort and Players’ youth choir programme, Gabrieli Roar. His numerous recording credits include the complete choral works of Duruflé and complete organ works of Arvo Pärt for Brilliant Classics and he has broadcast on BBC One, Radio 2, Radio 3, Radio 4, Classic FM and Radio France.  Solo recitals have included many of the major UK venues, including Westminster Abbey, St. Paul’s Cathedral and King’s College, Cambridge.  He was Artistic Director for the Association of British Choral Directors’ 2018 Annual Convention and his educational work has been recognised by the Worshipful Company of Educators’ Masters’ Award. 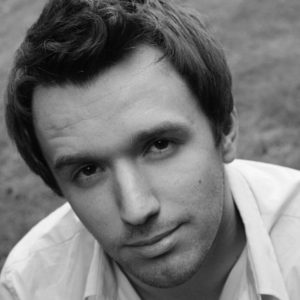 Christopher Pulleyn, our accompanist and Assistant Musical Director, has worked with BFCS since 2010.

A graduate from the University of York, he then spent two years in Japan studying piano with Hiroko Ono. Chris is in much demand as an accompanist and has performed in recitals and concerts both around the UK and Japan. He is fortunate to work regularly with a wide variety of performers, from young talented instrumentalists at the start of their music career, to established and celebrated West End stars and international Opera singers. Since 2013 he has been the répétiteur for Opera North’s Children’s Chorus and Youth Chorus. He was the répétiteur for an original opera ‘The Selfish Giant’ devised by Justin Doyle around arias and recitative from Handel Operas for the Children’s Chorus, playing continuo for performances at the Northern Aldeburgh Festival and Howard Assembly Room. In 2015 he became an Education Repétiteur for Opera North, supporting their growing outreach programme. He will shortly be touring around the North of England, accompanying the Chorus of Opera North alongside hundreds of school children to perform an original work inspired by Wagner’s Ring Cycle, and working with the Youth Chorus on a production of Kurt Weill’s Down in the Valley for the Aberdeen International Youth Festival, directed by Jack Furness.